After Years of Decline, Asbestos Use is on the Rise 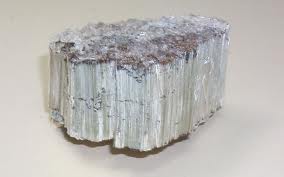 Based on recent data, The Asbestos Disease Awareness Organization and Environmental Working Group released a statement that asbestos imports nearly doubled in 2016 after years of decline.

“Opponents of an asbestos ban have long argued that asbestos use is shrinking in the United States, but now we know just the opposite is true,” said Linda Reinstein, president and co-founder of the Asbestos Disease Awareness Organization. In 2016 705 metric tons of asbestos was imported compared to 343 metric tons in 2015.

Reinstein continued on to say “each year, asbestos-caused diseases claim the lives of 15,000 Americans. It is shocking that unlike more than 60 nations around the world, the U.S. has not only failed to ban asbestos, but its use is increasing dramatically."