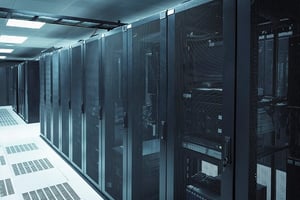 Moisture gets into electronics even in the best of systems – it is inevitable.  To name a few, electronic equipment whether personal electronic equipment, or specialized equipment isolated in server rooms, in moisture resistant enclosures, in aircraft avionics bays, and even in sophisticated autonomous underwater vehicles (AUV).  Such AUVs meticulously designed to stay dry a thousand feet underwater are susceptible to moisture related damage.   Moisture finds a way into your electronics and can wreak nuisance or havoc – sometimes intermittent, sometimes catastrophic.

Everyone knows someone who had a cell phone that became wet.  Common advice is to pull the battery and put the phone in a container with uncooked rice with the hope that damage to electronic circuits is not already catastrophic.  Interestingly, recent studies show that, although this method sometimes works, it is far less efficient at drying than leaving the phone, covers off, in a warm dry air environment letting evaporation do its job.  Moisture, in the form of water vapor, finds its way into the smallest areas and spaces of any device leaving corrosive deposits behind that continue to cause damage after drying.

It is, however, not simply “moisture” that does the damage; it is the ions and residual substances in solution.  Pure water does not conduct electricity well but, pure water does not generally appear in nature.  Water in our natural world is loaded with minerals and other substances.  For instance, typical tap water can contain:  Calcium, Magnesium, Sodium, Potassium, Chloride, Nitrates, Iron, Copper, and more.  Moisture in the air contains similar substances as well as particulates from air pollution, industrial contaminants, and chlorides in marine environments.  These substances produce positively and negatively charged ions. These ions make water conductive (electrolyte solution) causing electrical short circuit in the electronics.  Further evaporation will leave these particles, salts, and minerals behind.  Many of these substances act as corrosive agents damaging the circuitry and components.

Some of the best designed and engineered systems fall prey to the effects of moisture.  For example, aircraft designed to be weather proof in differential pressure environments regularly sustain damage from moisture.  Moisture gets into sealed avionics bays from faulty seals, improper bay closure, and condensation during service.  Aircraft are scrupulously inspected and maintained.  Problems associated with moisture and corrosion to mission-critical, life-safety avionics systems is substantial enough to warrant the FAA’s publication of Advisory Circular 43-206: Inspection, Prevention, Control, and Repair of Corrosion on Avionics Equipment.

Underwater exploration submersibles are designed and built to go the bottom of the ocean.  The complicated digital systems that control navigation, control operations, and store data are all susceptible to damage by moisture.  The submersibles are watertight under extreme pressure but, the systems aboard do fail due to moisture and corrosion.  Regular maintenance and checks done shipboard open the vessels to ambient surface conditions which include ocean spray, water vapor, mist, and humidity.  Moisture from the air that enters the vessel can quickly condense at cooler ocean depths causing intermittent problems or complete system failure.   Even without immediate failure, the agents for potential failure may already be introduced and at work and setting the stage for a failure on the next voyage.

Consider your enterprise servers, storage arrays, firewalls, switches, routers, and network services.  They are locked in an isolated room that has its own battery backup and air conditioning to control heat and humidity.  It is not as precisely engineered as an aircraft or submersible but, it is tough, functional and is the “life support” system for your enterprise electronic systems.  As often happens, a summer or tropical storm rises, knocks out city power, your back-up power systems take over the servers for shut-down but, the air conditioning systems shut off.  The humidity rises as the room transitions to the ambient environment.  When power is restored, the air conditioning returns then the metal racks, and equipment enclosures cool faster than the surrounding environment and condensation forms.  When the enterprise systems are re-energized the presence of moisture causes circuits to fail or, as the system warms up and dries the system out, substances are left behind that can lead to latent corrosion failures.

Similarly, electrical and electronic enclosures are often rated water resistant or water proof.  Every enclosure has to have penetrations for cables to run in and out and those penetrations present a potential source of moisture and water intrusion.  Water, by surface tension, can be forced to travel along cables and enter the enclosure.  Top mounted penetrations and connectors can allow water to enter above and onto the enclosed electrical circuits.  Conduits, particularly those that reach underground can contain water.  Tightly sealed enclosures are periodically opened for installations or repairs allowing an air change with humid air and, as temperatures cycle, condensation can form leading to damaged circuits and equipment.

There is no simple solution to mitigate water and moisture damage to electronic equipment, nor a fool proof way to prevent water and moisture exposure.  Water vapor exists at the molecular level.  There is no assurance for salvaging an energized electronic device once exposed to water.  There are many published articles available that discuss sealing enclosures, best practices for cabling, desiccant, heat, and air-exchange methods for drying out water. The internet is rife with information, resources, and alternatives.  Keep in mind that there is no assurance that your electronic equipment is not compromised now due to moisture exposure or in the future due to the affects of corrosion.

After a tropical storm, a sprinkler discharge, a leaky roof or other moisture laden event you may be faced with having to assess the damage and determine best methods to mitigate moisture damage, or otherwise recover from the event.  CCA is experienced in conducting building and envelope assessments to determine damage caused by intruding water and moisture. CCA has the capability, experience, resources, and skills necessary to assist with equipment inventories, initial condition assessments, mitigation plans, service providers, and equipment valuations.